When you speak to your child get down to their level.

Barrier game 3: Each person has a picture of a boy and a girl and set of crayons. Ask the child to colour in specific parts of the body, eyes, hands, feet etc. This can be extended by specifying a colour, for example ‘black hair’, ‘green eyes’ etc. Raise the barrier to discuss if the pictures look the same.

Barrier game 4: Each person has a small selection of the same objects or pictures. Choose one and describe it. Encourage the child to listen and look at their objects/pictures. Can the child select the correct one?

Little Composer: Encourage your child to listen and imitate the way you play an instrument. For example bang a drum twice and encourage the child to copy. You can make this more complicated by playing a short tune of long and short sounds. Or even introduce a second instrument to alternate sounds between.

Musical Bumps/Statues: These games are great for encouraging good listening, and fun for all the family!

Ask open ended questions, for example “What did you do at school?” or “How did you hurt your knee?”

Post Box 1: Make a post box using an empty cardboard box such as large cereal box. Collect a selection of pictures or objects. Pictures can be cut out of old magazines and newspapers. Can the child name the object/picture as they post it? If the child cannot say the object, say it for them and reuse that object the next time you play this game.

Post Box 2: Using the post box again, collect pictures of actions such as walking, talking, running, cutting, brushing etc. The child must use two words i.e. children running, making cakes, cutting hair, before posting the picture. If the child cannot, then as before, you say it and reuse that picture next time.

Spider Game: You will need pictures of a teddy and a doll, and a spider, either a toy one or homemade. Ask the child to name body parts on the doll or teddy i.e. ear, nose, hand, tummy. Now tell the child the spider is going to land somewhere on the doll or teddy. For example put the spider on the teddy’s foot and ask, “Where is the spider?” If they say “foot” or “teddy”, say the correct answer for them, “Yes, teddy’s foot.”

Thing in a box: Ask the child to secretly put an object in a box. They then have to describe it. The adult could wear a blindfold and ask questions. Prompt the child to do this without telling you what the object is. Can you guess what it is? 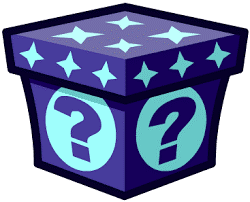 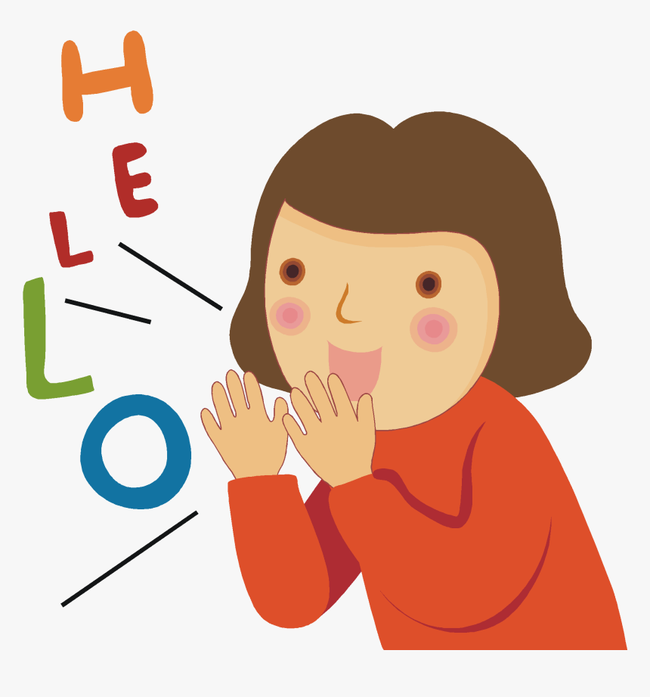 To focus the child’s attention use their name before giving instruction.

Barrier game 1: You will need two sets of objects. Place two objects in a set way and ask the child to do the same, for example, block under book, cup on plate, teddy on chair. This can be extended to two part instructions i.e. turn the cup over and put the block under it.

Barrier games are where you divide a space i.e. a table, into two using books or a large cardboard box creating a screen.

Barrier game 2: You will need two sets of objects one for you and one for the child. They need to make sounds, so either musical instruments or make your own i.e. margarine tub of rice, wooden spoon on a saucepan, empty crisp pack to rustle, two metal spoons. On your side of the barrier play 1 sound maker. Can your child guess which you used? Extend to using two sounds, same or different.

Environmental sounds: Use a mobile phone, tablet etc. to record/play sounds from around the house or/and garden such as animals, clocks, taps, kitchen appliances etc. Can the child listen to the sound and find the sound maker?

Treasure Hunt: Make up clues for a treasure hunt around the house and garden. The first clue must lead to the second i.e. Look under the table to find clue 2, which then directs the child to look in the next place, i.e. ‘Look in the cupboard’ or ‘look behind the pot plant. Place ‘treasure’ in the last hiding place. 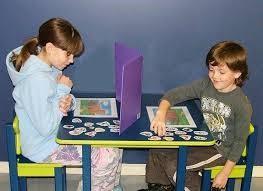 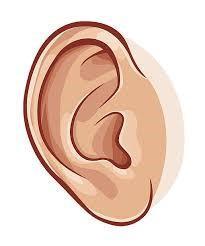 Wait! Listen to the child and give them plenty of time to say what they mean.

Role Play 1: Cops and Robbers. Adult to be the Police and the child to be the Robber. The child to be given a ‘swag’ bag and go around the house ‘stealing’ objects. The police then ‘catch’ the Robber who then has to reveal and name each item that they have stolen!

Role Play 2: Shopkeeper and Shopper. Can be played in the kitchen with items laid on the table. Give the child a shopping bag and maybe a purse with some pennies in it. Child to ask for items. Encourage the child to use more language such as ‘the green apple’, ‘small potato’ or ‘bread and an apple’. Roles can be reversed for the child’s listening skills. You could also consider making a shopping list with your child.

Dice game: Make a dice using an old box. Put pictures on each side such as characters from Chicken Licken, or vehicles, food etc. Take it in turns to throw the dice and name the object. This can be made more difficult by putting categories on each side i.e. food, animals, clothes, transport, furniture and toys and the child has to name an item from that category.

Charades: Make different familiar and everyday activities. Encourage the child to use longer phrases i.e. Mummy brushing hair, you washing hands, driving a car, when they try to guess the activity. Fun for all the family!

Together, we grow our love for learning.
Top

Unfortunately not the ones with chocolate chips.

Some cookies are necessary in order to make this website function correctly. These are set by default and whilst you can block or delete them by changing your browser settings, some functionality such as being able to log in to the website will not work if you do this. The necessary cookies set on this website are as follows:

Cookies that are not necessary to make the website work, but which enable additional functionality, can also be set. By default these cookies are disabled, but you can choose to enable them below: